FROM WHITE JUICE TO BLACK RUBBER

RUBBER KEEPS THE WORLD MOVING
70% of the world’s rubber production is used in the tire and automotive industry.

40,000 PRODUCTS
30% of the global rubber production is used to manufacture over 40,000 products for industrial and personal needs

IMPRESSIVE USE OF WOOD

During the growth period, rubber plantations absorb CO2 and thus counteract climate change.
After felling, the valuable and versatile wood is fed into the timber industry and processed into numerous construction and wood products.
Home > Who we are > Locations > Panama > Panama – The ideal location

When it comes to the question of the right location for producing and exploiting natural rubber and rubberwood, there are two main considerations. The first one is the climatic and natural conditions, and the second one is the economic and political conditions.

Climatic and natural agricultural and forestry conditions for rubber production

The rubber tree thrives best within the so-called rubber belt, the tropical to subtropical climate belt which goes around the Earth at 15° north and 15° south of the Equator.

In addition to the warm and humid climate which is mainly due to the almost eight-month rainy season coupled with high temperatures and average of two hours of rain per day, the soil and topographical conditions facilitate the cultivation and management of rubber tree plantations.
The narrow strip of land that runs west to east, also known as the Isthmus of Panama, has the foothills of the Cordillera in the west which is a fold mountain range that stretches from Alaska to Tierra del Fuego. This mountain range with peaks of up to 3,000 meters provides great protection against storms from the Atlantic Ocean. In particular, this benefits the Panamanian provinces of Chiriquí (formerly known as the region of origin of the Chiquita bananas); Veraguas, and Darién on the Pacific (peaceful, calm ocean), where all of TIMBERFARM’s and PANARUBBER’s rubber plantations are located.
Panama is one of the countries today with intact tropical rainforests. They are located in the province of Darién, the border region to Columbia, and along the Atlantic in the provinces of Bocas del Toro and Ngöbe-Buglé. Unfortunately, in the first half of the last century many original rainforest areas disappeared in Panama as a result of uncontrolled and often illegal exploitation either because the valuable tropical timber was cut down or the land was converted to livestock farming.
Many of these areas which lie fallow today have deep and rich soils which are well suited for the recultivation of forest or agricultural crops, especially for growing rubber trees.

When former German Foreign Minister, Dr. Guido Westerwelle (†2016), was on a state visit to Panama in 2012, he described Panama as the anchor of stability in Central America. He was mainly referring to the strong economic development of the country, which is still the case today.
With an average economic growth rate of over six and a half percent in the last decade, Panama not only has the strongest growing economy in Latin America, but in global terms, it is one of the countries which is developing at an above-average rate with an expected GDP for 2020 of US$ 73.37 billion dollars (+ 5.5 % compared to 2019).
In addition to an open market economy with constitutionally guaranteed property and ownership rights, Panama boasts numerous other important location advantages, which substantiate and favor strong economic development. Above all these include the special geographic location, the Panama Canal with five ports on both oceans, a modern financial sector and services sector, ties to the US dollar, and ideal continental and intercontinental flight connections.
The greatest value is generated in the service sector, the core of which is the Panama Canal. This is not only the country’s most important economic motor, but also indispensable for world trade as a whole. Each year around 18,000 ships transport what could well be 500 million registered gross tons through the gigantic waterway. Most ships save the long sea route around South America which is roughly 15,000 kilometers. For the shortcut they pay up to US$ 1,000,000 dollars per passage, depending on load weight.
Over 40 percent of Panamanian government revenue meanwhile comes from business generated by the Canal. As a result of the expansion of the Panama Canal, which was completed in 2016, container ships with almost three times the capacity (previously 4,440 containers, now 14,000) can now transit the Canal. As a result, the economic significance of the Panama Canal will continue to grow.
Panama is a constitutional democracy, and its state form is a republic with an elected president as the head of state and government. The parliament, the legislative assembly, is elected every five years and consists of 72 MPs who represent 4.2 million inhabitants. The largest ethnic group is the Mestizos who have both European and indigenous roots. Eighty-five percent of the people in Panama are Catholic. They live in ten provinces and five self-governing indigenous zones. In 2019, the people of Panama elected the then 66-year-old Social Democrat, Laurentino Cortizo, to be the new president.
Panama’s total area is 75,420 square kilometers. The country between the Atlantic and Pacific Oceans borders on Costa Rica in the northwest and on Columbia in the southeast.
All major economic nations are represented in Panama. Numerous companies from these countries operate branches in Panama or direct their Latin American business activities from Panama. Germany has maintained uninterrupted diplomatic relations with Panama since 1953. Since 1989, a Bilateral Investment Protection Treaty has been in place between the Federal Republic of Germany and Panama.
With the national investment plan for infrastructure expansion adopted in December 2009, which in addition to the budget for the Canal expansion triggered another 14 billion dollars in investments, the country has attracted more and more attention from foreign investors and companies. As a result, rating agencies have ranked Panama as an investment location since 2010 (Business rating: Moody’s, 2019: Baa1 – stable).
With the ratification of the Trade Promotion Agreement between the USA and Panama by the US Congress in October 2011, the Free Trade Agreement with the EU which in the framework of the EU Association Agreement with Central America (including Panama) took effect in 2013, and the assumption of foreign policy responsibility as the UN founding member and full member, Panama can continue consolidating its economic policy development and stability.
Independent of this positive economic status quo, Panamanian politics continues to face important challenges. The first task is to fight the social and regional divide within the population due primarily to the fact that over 80 percent of the economic added value is generated in the metropolitan area of Panama City and the Panama Canal, and the interior of the country fairs poorly. In the government’s current program, promoting education, fighting corruption, and expanding social benefits are the main focus.

From an agricultural and forestry perspective Panama is an ideal location to develop and operate rubber plantations and to process and internationally market the resulting industrial products. The economic and political conditions are already very well developed for an emerging market, and it is clearly apparent that the Panamanian people want to resolutely pursue the path they have embarked on. 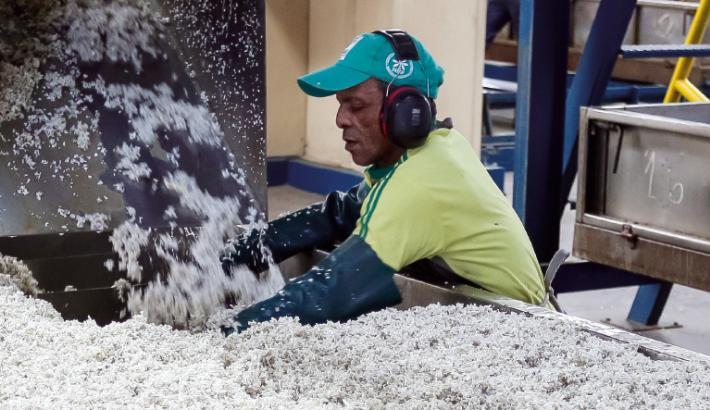